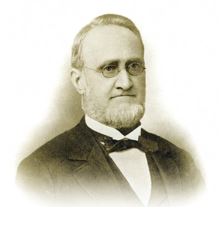 The people regard with favor every effort to preserve the history of the State, and of its separate civil and military departments of government. A notable illustration of this is the process of restoring the records of our Colonial times, which is now being conducted by the authority of an act of the Legislature, and under the wise and careful supervision of the Secretary of State.

Believing it to be desirable to present to the public, in an accessible form, the history of our Supreme Court, the members of the Bar, at a meeting held in this city not long since, invited the orator of this occasion to prepare an address to that end. His familiarity with the subject-matter, and his ability to deal with it, warrant me in saying that their selection was an admirable one, and that the discharge of the duty thus imposed will meet with entire approval. I take pleasure in presenting to you, ladies and gentlemen, the Honorable Kemp P. Battle, President of the University of North Carolina.